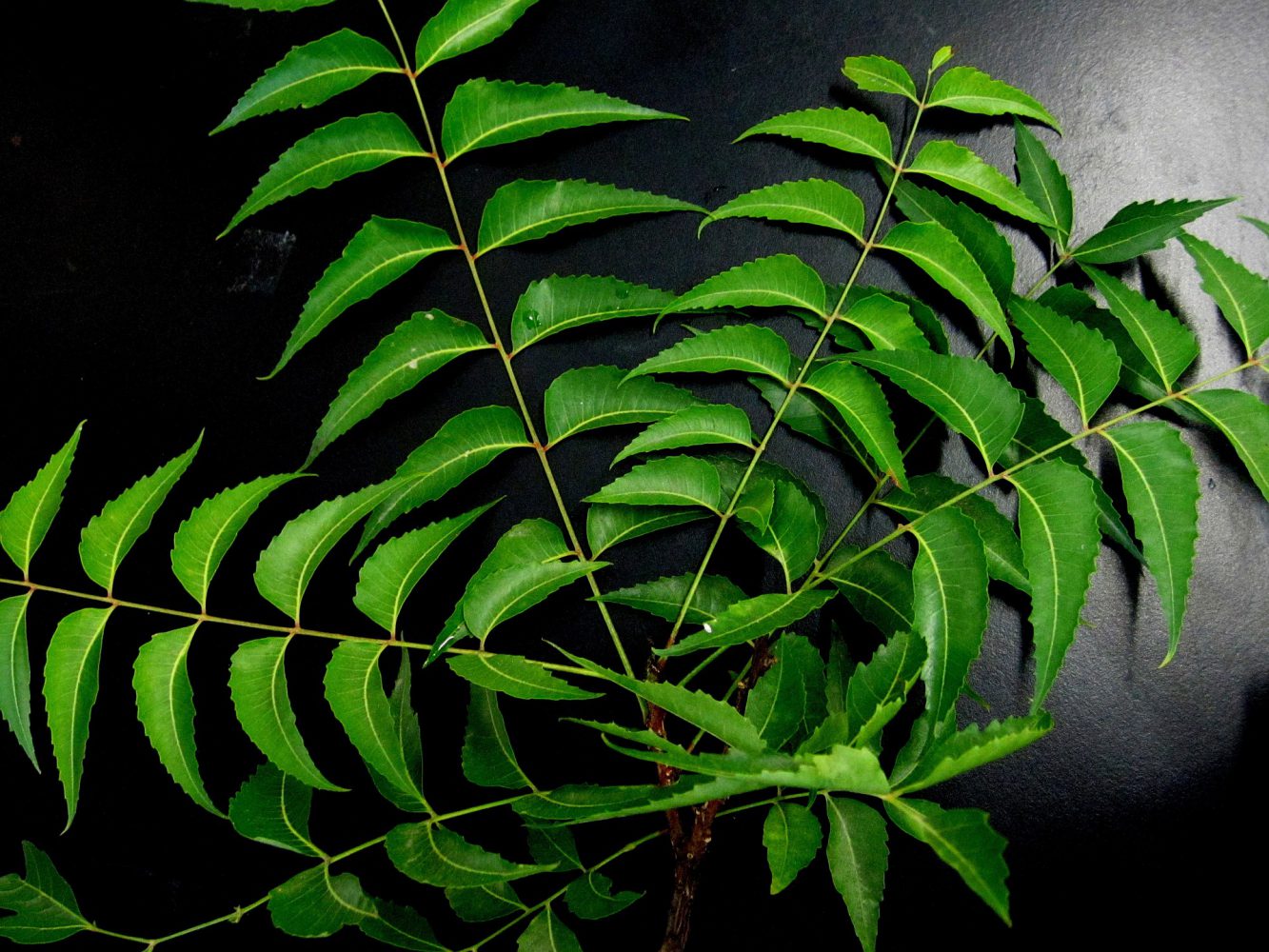 Neem, nimtree, Indian lilac – these are all different names for the same tree, known as Azadirachta indica. It’s native to the Indian subcontinent, but cultivated all around the world in tropical climates. What’s so interesting about this tree you may ask yourself? Well, it is the source of one of the most powerful organic pesticides!

WHAT IS NEEM OIL?

Both the fruit and the seeds of the Neem are pressed into an oil that we know as neem oil. Neem oil contains a multitude of active compounds such as meliantriol, salannin, nimbin, nimbidin, and azadirachtin.

These compounds fall in the category of “(tri)terpenes”, or more specifically “limonoids”. Terpenes are some of the most important parts of the essential oils found in plants. They often have a strong odor and may protect the plants that produce them from being eaten by herbivores (plant eaters).

HOW DOES IT WORK?

Research has shown that the active compounds in neem oil closely resemble insect hormones (called ecdysones). Ingesting only a trace amount of these imitation hormones deeply affects insects because these compounds block the parts of the brain that produce the hormones necessary for growth and development.

This can result in insects “forgetting” how to feed or reproduce. Some insects even forget how to fly.

As you may already have concluded – insects populations that forget how to eat and reproduce don’t live very long… But, reading between the lines you can also conclude neem’s not an instant fix for your pest problem, as it doesn’t kill them instantly. But, that doesn’t mean it’s less effective than other products, it just means you have to be a little more patient. Oh, and another great advantage of using neem is that, contrary to other pesticides, insects can’t build up immunity/resistance against it!

So rather than using harsh chemical poisons that not only affect the pests in your garden, but also your plants health, and eventually your own health, why not opt for an organic solution like neem oil?

Testing Ph In Your Soil